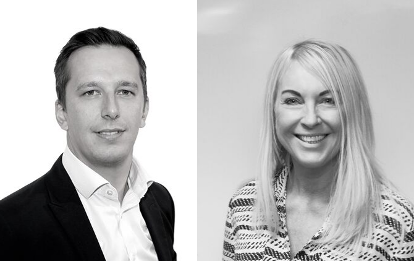 MSQ Partners digital agency TwentySix has overhauled its senior management, with founder Gail Dudleston handing over the reins for the day to day running of the business to managing director Ryan Scott.
Dudleston founded the agency in 2005, the same year it was acquired by Media Square (which was bought out by the founders to form MSQ in 2012). Since then, TwentySix has grown to a team of over 160 staff, with offices in Leeds, London, and New York. Its clients include Procter & Gamble, TalkTalk, the NHS and Fortnum & Mason.
Dudleston is taking on the role of named chair, with Scott, who has been with the agency since 2008, becoming global CEO.
MSQ Partners group chief executive Peter Reid said: “Gail has made an immense contribution to building the agency into the force that it is now, and we are equally excited about the agency’s future prospects under Ryan’s stewardship.”
Dudleston added: “I am enormously proud of the achievements we have had together over the last 14 years. Ryan and I have done this through purely organic growth, and we put this down to three things: amazing talent, excellent products and services, and great value for money.
“I learnt early on to surround myself with good people – one of whom was Ryan. I am delighted to hand over the reins and I wouldn’t want the agency to be in anyone else’s hands!”.
Last month, MSQ Partners, which also owns Stack, The Gate, Holmes & Marchant, Smarts, and Stein IAS, posted a record financial year, with headline operating profit soaring 47.6% to £5.9m.