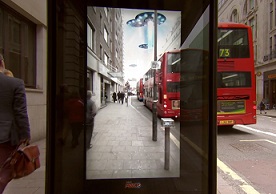 Over the past few years, the ways in which brands have been able to communicate with wider audiences has been strengthened by a range of technological advancements. For many, these new tools have allowed businesses to establish feelings of emotional attachment between brand and consumer, unrivalled dwell time, and enviable levels of engagement and ROI.
Experiential marketing is now becoming a key channel for sound brand positioning, driving brand recall, creating valuable customer loyalty and starting important conversations via social media.
The increased use of technology in this field continues to push engagement levels, helping consumers immerse themselves in a brand like never before. This has been especially commonplace over the last year, when we have seen a rise in the use of augmented reality, virtual reality, live streaming, projection mapping, content creation and clever use of social media for instant sharing across multiple channels.
I previously had the opportunity to work on the launch of 4G for Vodafone – an experiential project that brought to life the benefits of the new offering and allowed people to have an amazing augmented reality experience.
Two campaigns were launched to target two distinct audiences; business users and consumer users. The campaigns were focused on educating the target audiences on the impact the new service would have on their daily lives with augmented reality at the very heart of the experience guiding consumers around a 3D printed structure and allowing them to discover the key opportunities the fourth generation of mobile technology would bring to them.
The business focused campaign was launched at the UK Vodafone headquarters and combined inspiring speeches from a range of members from its C-Suite, an exclusive look at the consumer facing experiential activation, and a taster of the retail experience. It was especially designed to get Vodafone’s workforce excited about the launch, and the campaign created a huge buzz as a result.
Pepsi Max is also doing great things in this space to turn heads. Last year, the brand launched its ‘Unbelievable Bus Stop’ campaign (pictured), which saw a typical London bus stop adorned with digital technology to create effects in front of unsuspecting passengers on New Oxford Street.
The video was shared on YouTube and has racked up over an impressive seven million views to date. Forming part of Pepsi Max’s Unbelievable #LiveForNow campaign, its aim was provide customers with a completely unique experience, one they wouldn’t forget, through various feats.
At the same time, it did much more than just that in terms of how people perceive the brand. By cleverly incorporating new technology, it managed to provide the general public with something out of the ordinary, innovatively striking the right balance between interrupting their day with something ‘wow’, though not disrupting it in a negative way.
Despite (or perhaps because of) great examples such as these, as an industry we need to be thinking about how we can push these developments further and be savvy in our approach to engagement. 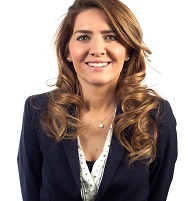 When we look at the last 12 months, there has been no shortage of new ways that brands are using technology to get their messages across.
The opportunities are there, but marketers need to recognise which ones are relevant to them, their brand, and their messages.
After all, it can be too easy to get lost in the dazzling lights of new technologies, but for experiential to really work well, you need to ensure that you are on the right path to meeting the campaign objectives and starting important conversations with consumers that could end up reaching an audience of millions.