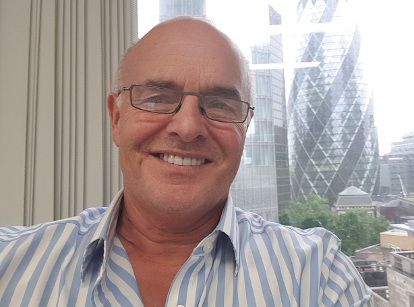 The dark arts of digital advertising analysis are facing a barrage of criticism for failing to give brands a full and transparent view of how their media budget performs. Factor in consumer distaste at the way some organisations target them online and it’s clear digital needs to clean up its act.

According to a recent study by consulting firm Alix Partners, almost two thirds of FMCG brands’ digital marketing spend is wasted, resulting in estimated annual losses close to $50bn. This is based on a global FMCG ad spend of $79bn.

It’s no wonder then that global giants such as Unilever and Procter & Gamble have made it their stated aim to cut digital spend through external agencies by hundreds of millions of dollars. Yet despite this collective tightening of belts, are they any wiser about how their budgets are performing?

The problem with black box data strategies
Black box systems work on the basis of ‘unsupervised learning’. In other words, data is poured into a platform – whether by humans or automatically – which makes algorithm-based decisions, and out come the results. All good if only light-touch analysis is needed. But if real answers are required, or more detail on the modelling, that’s unlikely to be provided by a black box.

There are some major problems with a black box approach even though it’s peddled by media agencies the world over. It’s extremely difficult to attribute last-click actions to sales this way. Many organisations find it tricky to gauge interaction between the performance of different channels, especially if online and offline approaches are being used together, because they are often treated in silo. Moreover, black box technology can create false positives, attributing success to the wrong channels.

One of the biggest difficulties with black box is that it automatically plans and places digital campaigns, meaning the same technology is relied upon to measure the effectiveness of its own work.

All in all, a 360-degree view of marketing effectiveness is nigh-on impossible. That creates further issues. Consider the consumer tearing their hair out as retargeting display ads pursue them around the Internet, popping up at the most inconvenient moments. How will that make them feel about the brand in question? At best upset; at worst, vowing to block it forever.

So if black box can truly be considered the black sheep of data analytics, what’s the answer for FMCG brands seeking the truth about the effectiveness of their ad spend?

White box data science to the rescue
The solution lies in what we refer to as white box analytics. This is where the data scientist has full control over the inputs, the mechanics behind the classification of results and the outputs themselves. It’s a human and media-neutral approach based on statistical expertise.

With advertisers using scores of different channels, white box considers performance at a macro level. It’s vital to stand back and analyse what’s really happening in each channel. Just as crucial is the ability to compare the metrics of one channel with others. Understanding the interplay between channels is paramount in getting a grip of key questions. What’s driving response and sales in digital and offline? What should be reconsidered, optimised or even reallocated elsewhere to improve results?

Importantly, white box analysis also deals with diminishing returns. For instance, how much can be spent on display ads before effectiveness plateaus or drops off? It’s an approach to modelling that means every recommendation about how brands should allocate budget is justified.

That accountability is woefully absent in black box functionality. The worst culprits in the agency world seem happy to spend millions on their clients’ behalf and hand over a jumbled set of results. Clients are clearly frustrated. Recently, Vauxhall managing director Stephen Norman stated digital marketing has failed to deliver, insisting: “We have even less idea what works and what doesn’t than we did pre-digital.”

Results that speak for themselves
The good news is that FMCG brands and retailers are in the vanguard of companies tackling wasteful digital marketing. By deciding to switch on white box analysis, they can quickly streamline spend and optimise performance.

The results of recent analysis we conducted for a large supermarket confirm this. Using Omniatt Digital, our attribution platform, the retailer was able to understand the complex dynamics of its existing multichannel marketing approach. We provided an analysis of each channel but also the interplay between those routes.

What we found was fascinating. Viewed in silo, consumer response to the retailer’s digital advertising appeared poor. But when other channels were factored in, we were able to pinpoint how and when people were ultimately buying products.

To do this, we created the Omniatt Scenario Planner. This allowed the supermarket to input a marketing budget allocation, and the tool would calculate the change in channel income, overall income and ROI using the previous year as a base year for comparison.

The results, were amazing; the retailer was able to cut its annual online advertising budget by almost 15%, yet increase sales by a whopping 4%.

Let’s get the digital clean-up under way
Many organisations believe a ‘simpler’ approach, by lumping data work into one agency or even pledging to run it in-house, can save time and upfront cost. But as we’ve seen, proper analysis, planning and investment can make a huge difference to advertising effectiveness and cost reduction.

As consumers continue to become more sophisticated in the way they research, buy and review brands, it will be vital to understand the data science behind campaign effectiveness. It’s time for white box analytics to be the white knight the FMCG industry and retailers so desperately need.