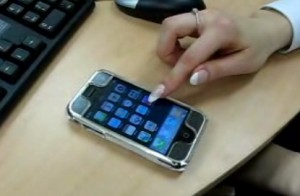 The DMA is urging the Information Commissioner’s Office (ICO) to get tough on text spam, claiming it is failing to use the powers it already holds to enforce a crackdown.
The move follows the Justice Select Committee’s recommendation that the ICO has extra powers to jail offenders who breach the Data Protection Act.
Commenting on the recommendations, Mark Brill, chair of the DMA’s Mobile Marketing Council, said: “We welcome the Government’s commitment to increasing the deterrent to the criminals who breach the Data Protection Act.
“However, we disagree that the ICO needs extra powers to investigate the kinds of data abuses outlined in the report; the ICO already has all the powers it needs to investigate wrong doing but isn’t using them.
“This is a good opportunity for the ICO to start to get tough on the scourge of text spam. To date it has failed to so.
“That the ICO has not taken action is reflected in the fact that very few people know who to turn to when they receive SMS spam. We’re particularly concerned that little is being done to protect the consumer and the legitimate multi-million pound SMS marketing industry.”
Research conducted by the DMA in June highlighted the scale of the problem, revealing that 43% of adult mobile users have received one or more SMS messages regarding accident claims, debt management or the mis-selling of personal protection insurance.
One of the major issues is that most consumers appear unaware that the ICO is responsible for enforcing the rules concerning SMS spam.
The current level of complaints to the ICO may have trebled since 2008/9 – over 1,000 have been received since April alone – but this is thought to be just the tip of the iceberg.
According to the DMA research, only 3% of those surveyed would complain to the ICO, while 20% would go to Ofcom, 17% to their network provider, 9% to the Office of Fair Trading, and 4% to the Ministry of Justice. Some 46% said they had no idea who to complain to.
If these figures are representative of the scale of the problem, there could potentially have been 33,300 complaints being received across all organisations in the last six months alone.