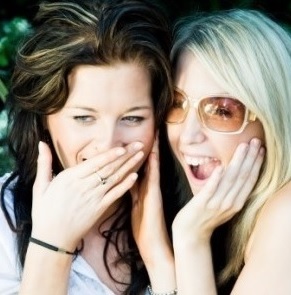 I don’t about you lot, but I seem to be the only idiot working this week. Even old McKelvey has disappeared up North to visit his 90-year-old mum in Cheshire.
OK, I admit, it’s hardly the Bahamas but apparently he’s hoping that some of the stardust from Frodsham’s favourite resident – Gary Barlow – will rub off on him and make him a much better musician, so he can fulfil his saddo dream of leaving this august journal and going on the road. Fat chance, boss.
Mind you, just before he left he had a hilarious email from his old firm Centaur, entitled: “What would you change about Marketing Week? We’d love your feedback.” Being the rather curmudgeon boss he is, he just wrote back, “close it down, it’s so boring”. Luckily his redundancy settlement has long expired.
Talking of curmudgeon bosses, I see the equally grumpy old man Martin Troughton is back in the news, switching from Anglian Home Improvements to the delights of Everest, er, Home Improvement. Having washed his hands of Steve Harrison, our Marty has obviously had his fill with the DM agency world.
Then again, if you thought he was grumpy, he is all sweetness and light compared to his old business partner. Of course, there are many tales of old Harrison’s truculent – and penny pinching – ways but my favourite has to be the time the rather dapper Chris ‘my cousin is Steve Stretton, you know’ Catchpole enquired where he got his suits from.
The self-crowned “DM creative God” told him he got them at knockdown prices from a shop near Savile Row and then proceeded to drag Chris along to check the place out.
But all was not well, allegedly and Stevie went into a mood even darker than normal when he realised he’d forgotten a £20-off voucher he’d been sent.
So he left the lovely Catchpole holding the suits while he spent the next two hours in a taxi to the office and back to pick up his discount. Apparently when Stevie got back, he nearly cracked a smile as he got his 20 quid off – although whether that was genuine or just wind is not known…

Foxy forced to turn to chocolate after Cheltenham fall

Busty shall go to the ball, if only to ‘out’ the vainglorious