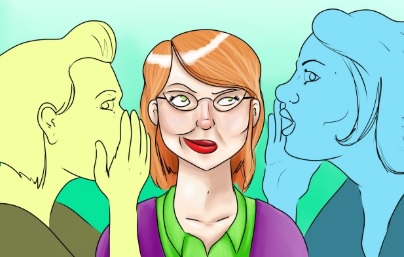 Phew, what a scorcher! (OK, I admit it’s at least the fifth time this column has used that as an opening gambit, but, hey, it’s hot, hot, hot and I’m in a rush to get this nonsense written so that I can get down to the beach before you millions descend on the South Coast this weekend).

First the bad news. It entirely passed me by (no change there) but you can now read it here last that the Campaign cutbacks have got even deeper, with my old (in fact, very old) crush, Jezza Lee, being forced to pack his bags.

Cue more outpouring of woe from the good, the bad and ugly of adland (you know who you are), who gushed: “We will be poorer without you”, “many will miss your words”, “one of a kind”, “end of an era”.

Perhaps unsurprisingly, there weren’t many people saying “We’ll miss you when you’ve had a few” or “Can I buy you an expensive lunch?” (But exactly the same could be said for my bosses, McFatty and McFattier).

Anyway, hopefully something will turn up soon for the old fella, c’mon The Drum, never mind opening up a café, give Jezza his old job back that you gave him the last time he left Campaign.

Sadly, we can’t afford him on account of the fact we’ve just hired McFattier’s niece, Margaret, who’s just moved down from the Lincolnshire coast – or “Peggy from Skeggy” as she likes to be known.

Which brings us to the good news. The thing is, it transpires that Peggy from Skeggy has a penchant for the Reddy, as she only ever drinks Merlot, which she insists comes with numerous health benefits.

OK, we all recognise that red wine contains antioxidants, lowers the risk of heart disease and stroke, reduces the risk of diabetes-related diseases, helps avoid the formation of blood clots and lowers the level of bad cholesterol.

But did you know that, according to a new study published in the Journal of Physiology, a glass of red can also equate to an hour of exercise? Yep, as the lead author – and wonderfully named Jason Dyck – confirmed, red wine contains something called resveratrol, which “can help populations who want to exercise but are physically incapable”.

So, without further ado, I propose that we should all forget Public Health England’s ‘Better Health’ campaign, and crack open the Merlot and drink deep – if a single glass can equate to an hour of exercise, imagine how fit we will be after three bottles?

A taste for bribery and corruption…what’s not to like?

How Foxy found the perfect place for a job with purpose