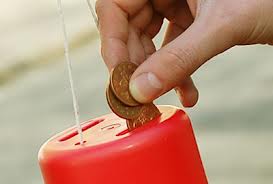 The charity sector has finally woken up to the threat of the proposed shake-up of EU data laws, berating the “devastating” effect they could have on direct mail fundraising.
The Institute of Fundraising has at last added its voice to calls for changes to the proposals, which it says would lead to less money being raised for good causes.
IoF chief executive Peter Lewis has written to EU vice president Neelie Kroes and three UK MEPs, raising concerns about the impact the EU Data Protection Directive will have on direct mail.
Under the proposals, a potential donor could have to opt in for their data to be used for marketing purposes, even when they already give to a charity.
Explicit consent would have to be obtained by “clear statement or affirmative action”, according to the proposals, although whether this would mean opt-in-only is still open for debate.
The IoF believes charities might face a substantial loss of fundraising money if the plans go ahead and has called for a “soft opt-in” extension to the definition of explicit consent, which would allow charities to count an individual’s donation as a form of affirmative action.
“This would strike a balance, respecting the rights of individuals, while allowing charities to undertake relevant direct marketing activities,” said Lewis in a statement.
The letter says: “Charities know that establishing and maintaining a relationship with the public based on trust and confidence is a prerequisite of successful fundraising.
“However, as currently drafted, the regulations do not strike a fair balance – they are disproportionate, limiting and likely to increase costs to charities.”
The IoF said it would be working with charities this month and next to review amendments to the regulations and identify appropriate changes. It has also called on members to write to their MEPs about how the changes might affect them. The DMA has urged all those involved in data-driven marketing to lobby their MEPs by downloading its toolkit atwww.dma.org.uk/eu-data-protection