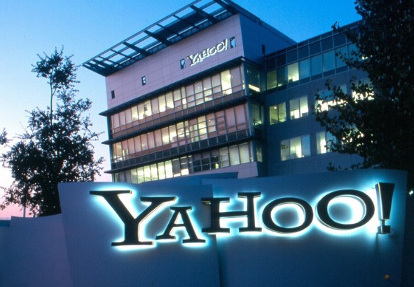 As the Information Commissioner’s Office knuckles down to yet another investigation into a major data breach, it risks accusations that its “measured” approach could mean the regulator is seen as a “soft touch” by some businesses after it has fined Yahoo! UK Services has “just” £250,000 following the now-infamous cyber-attack in November 2014.
Even though the company claimed it only discovered the breach two years later, initial reports that 200 million users’ details were compromised were soon revised upwards to 500 million accounts, and then 1 billion accounts. In 2017 the firm revealed that a staggering 3 billion people had been affected – its entire customer base.
However, by this time, the ICO had already started its investigation, and only considered the circumstances under which the personal data of approximately 500 million international users of Yahoo!’s services was placed at risk. In particular, the ICO focused on the 515,121 UK accounts, that Yahoo! UK Services – based in London – had responsibility for as a data controller. It is not known why the ICO did not start again after the last year’s confession.
The compromised personal data included names, email addresses, telephone numbers, dates of birth, hashed passwords, and encrypted or unencrypted security questions and answers.
In its summary of the ruling, the ICO said it found that Yahoo! UK Services failed to take appropriate technical and organisational measures to protect the data of 515,121 customers against exfiltration by unauthorised persons and also failed to take appropriate measures to ensure that its data processor – Yahoo! Inc – complied with the appropriate data protection standards.
The catalogue of misdemeanors also included the charge that the firm failed to ensure appropriate monitoring was in place to protect the credentials of Yahoo! employees with access to Yahoo! customer data and that the inadequacies found had been in place for a long period of time without being discovered or addressed.
The ICO considered the breach to be a serious contravention of Principle 7 of the Data Protection Act 1998, which states that appropriate technical and organisational measures must be taken against unauthorised or unlawful processing of personal data.
ICO deputy commissioner of operations James Dipple-Johnstone said: “People expect that organisations will keep their personal data safe from malicious intruders who seek to exploit it.
“The failings our investigation identified are not what we expect from a company that had ample opportunity to implement appropriate measures, and potentially stop UK citizens’ data being compromised.”
“Cyber-attacks will happen, that’s just a fact, and we fully accept that they are a criminal act. But as the intruders become more sophisticated and more determined, organisations need to make it as difficult as possible for them to get in. But they must also remember that it’s no good locking the door if you leave the key under the mat.”
Dipple-Johnstone suggested the fine would have been much greater under GDPR, adding: “Under the new regulation and the Data Protection Act 2018, individuals have stronger rights and more control and choice over their personal data. If organisations, especially well-resourced, experienced ones, do not properly safeguard their customers’ personal data, they may find customers taking their business elsewhere.”

Businesses left in the dark over new ICO fees structure

‘Nearly half of all firms reported to ICO under GDPR’