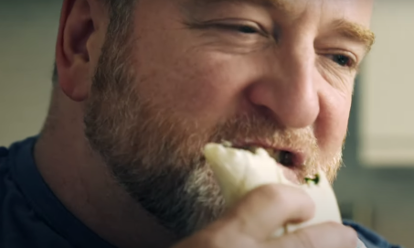 So, have you lost 5lbs for Boris yet or are you piling it on through the Eat Out to Help Out Scheme? While many have criticised the mixed messages, Public Health England is ploughing on with its ‘Better Health’ campaign, with the overarching aim to transform the nation from Wayne and Waynetta Slob into Joe Wicks.

Now, apparently nearly two thirds (63%) of adults in England are overweight or obese – who are you calling fatty? – and initially the campaign will encourage adults to introduce changes that will help them work towards a healthier weight.

In the coming months it will also include wider support to help people live healthier lives, with advice on quitting smoking and how people can look after their mental health.

Devised to reach as many people as possible with broadcast activity across TV and VOD, the M&C Saatchi campaign stars a diverse cast of real people, to encourage all adults to get up and have a go at making simple changes which can lead to a healthier lifestyle.

Large format out of home, radio, social, and digital homepage takeovers will be supported by extensive national and regional PR and partnership activity from Freuds and 23Red, with insights and media provided by Wavemaker.

The campaign also targets BAME groups that have high rates of obesity and increased rates of contracting and dying of Covid-19, including South Asian, Black African and Caribbean communities.

To achieve this, the activity’s media reach covers over 90% of the BAME population by upweighting spend towards these communities, and ensuring advertising appears in a range of channels, radio stations and publications that are most likely to be consumed by at risk communities (as devised by the Multicultural Marketing Consultancy).

But just in case you thought there might be a hint of racism in there, PHE is quick to point out that the creative is also representative of “the English population and features people from all areas of our diverse society”.

The strategy is not just about advertising though; there is an app for that (of course), and exclusive offers from WW, Slimming World, GetSlim and Man vs Fat, Second Nature and EFL Fit Fans. Sadly, there is no sign of Marjorie Dawes’ Fat Fighters though, or “dust”.

Still, PHE marketing director Sheila Mitchell, who appears reassuringly fit and healthy, said: “We’ve worked hard with all of our agencies to develop a campaign which is inspiring and motivational in tone but which also lands the health harms message of how being overweight or obese can increase your risk of serious illness, including Covid-19.

“The campaign showcases how a sophisticated blend of marketing disciplines, which all complement each other, can reach and rally a significant tranche of the general population to have, what we hope will be, a real lasting impact.”

So, what is the consensus around the Decision Marketing office?

Well, like most offices, we have our fair mix of yo-yo dieters, fitness freaks and fatties – and some are all three – but nearly everyone recognises that something has be done about the nation’s health.

The only criticism of this campaign so far (and ironically, it is only a “slight” one) is that nearly everyone featured is a chubster. What about those people who are thinner but still unhealthy, with high cholesterol or dodgy tickers? And, more to the point, shouldn’t they be showing what the end result of all this healthy living will be?

Other than that though, they’ve make a decent fist of it. Now, where did those Chocolate Hobnobs go…

Decision Marketing Adometer: A fit as a fiddle 8 out of 10

ITV’s Britain Get Talking: Why the stars aren’t aligned

Shelter Fight For Home campaign: If not now, when?

West London Mission: What exactly are you waiting for? 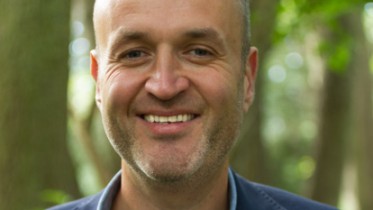