You may have noticed that after twenty years I have been forced to update my byline photograph, since the look of horror on new clients’ faces when they met me ‘in the flesh’ was becoming impossible to ignore

My tiny, rented hovel in the filthy heart of Brighton is on a street that can only be, at best, described as “authentic”, with its industrial bins and the kind of graffiti that will never be featured in a Lürzer’s Archive compendium of street art.

Walking back from yet another a lonely, late-night trudge along the seafront to commune with the moon “Gazed at unto my setting from my rise, almost of none save of unquiet eyes”, as the poet Byron reminds us, and turning into my street, I found myself suddenly and silently surrounded by several youths on those shiny, new electric motorcycles.

I turned to see a vast, equally-silent shape approaching, With a tremor of relief I realised that it was the enormous, vintage, open-top Packard Drop-head Coupé that Lord McKelvey, Senechal Of The Western Marches and distinguished editor of Decision Marketing magazine (the premier source of news, views and scandal for the world of 1-2-1 Marketing, or whatever we are calling it this week) has had converted to Hydrogen Power.

As its vast engine thrummed menacingly in the moonlight, sending great plumes of planet-friendly steam into the night air, I heard him boom, “Now my lads, now!”

His handsomely-paid, hooligan outriders reached, as one, into their leather jackets, each extravagantly embroidered with the McKelvey crest – and I feared momentarily that I had finally come to the end of my time as an unpaid serf in the service of his Lordship and was about to meet my maker amongst the gull-shit, empty Oranjeboom cans and skittering filth of Blank Street, just yards from my own front door.

I flinched instinctively and felt a rain of objects strike my elderly head and shoulders as the youths laughed and grunted: “There you go Grandad! Suck on that ya coffin-dodger! Up the Seagulls! McKelvey for ever!” they screeched and caroled. Feeling no pain I looked down to see hundreds of biros, ballpoints, fine-liners and the like adding to the foul litter of Blank Street.

I looked up baffled.

Like a South American Generalissimo about to address a crowd of ungrateful peons, the vast bulk of Lord McKelvey stood and composed itself, brushing imaginary lint from the lapels of a faultless, tangerine Gresham Blake dinner jacket.

“Spooner you abject cur!”, he bellowed, “I see that the D&AD have ditched the copywriting category from their awards, I require a column on the Death Of Copywriting before the sun rises or we shall burn this street to the ground using only ethically sourced, petroleum by-products! Ha ha ha ha ha!”

As silently as they had arrived, the cortège moved off, the soft night’s quiet broken only by the whoops and cries of McKelvey’s teenage entourage and the derisory barking of a lone gull perched on the huge, stinking KFC dumpster opposite my front door.

So, to the task in hand. I don’t like to promote it, but you’ll find the details here at that inferior industry rag Sham Pain. It’s written by Paul Burke (ex Y&R, JWT and BMP DDB) who makes some interesting points in his summation, which he introduces thus:

“D&AD was once the UK’s most famous and prestigious awards show. It was every copywriter’s dream to win one of its yellow Pencils – the advertising industry’s equivalent of an Oscar. A yellow Pencil, or even having your work included in the D&AD Annual, was a time-honoured way of showcasing your talent and boosting your career. But now, in a move that could damage the industry and diminish its own reputation, D&AD has decided that ‘writing’ no longer merits a category of its own or a Pencil for its finest practitioners.”

And he goes on to point out:

“But wait. As D&AD has been at pains to point out, there are now more opportunities than ever to win a Pencil for writing. Technically, that’s true. Trouble is, it has buried those opportunities in a labyrinth of vapid sub-categories. Writing for Direct, Writing for Integrated and Writing for Branded Editorial are just three uninspiring examples.”

We shall excuse him his description of our entire industry as “a vapid sub-category”, as the estimable Mr Burke goes on to point out that it’s hardly surprising that the D&AD does not value copywriting when the industry itself doesn’t do so.

The Golden Age Of Advertising is an interesting chimera that tends to correlate exactly with the period in advertising history when the person referring to it was in his or her twenties.

But I don’t believe there ever was a Golden Age Of Advertising.

Advertising is ephemeral and trivial, which is precisely why the ads we remember from our childhood, when we see them again, evoke such a great flood of Proustian nostalgia – and we convince ourselves that then, THEN, that was when advertising was great.

For every Smash Martians there was a MacFisheries product ad, for every B&H poster campaign a pack-shot of No6 or, god help you, Sovereign.

All that we say when we say “those were the days” is that these aren’t the days.

I have seen all sorts of copywriting over the years and, no, I’m not about to launch into an advertising equivalent of
“I’ve seen things… seen things you little people wouldn’t believe. Attack ships on fire off the shoulder of Orion bright as magnesium… I rode on the back decks of a blinker and watched C-beams glitter in the dark near the Tannhäuser Gate.”

Because the point that the handsome android is making is that all personal experience is lost at death, and we knew that anyway.

The only truth in this non-story that is vaguely interesting is that copywriting is no longer fashionable, or rather, is going through a period of being unfashionable – and the D&AD are merely reflecting that.

Interestingly, I think they are a little early to write off the writers – no surprise, we’re talking about designers and art directors here, after all. We may well be at the height of The Age Of The Image, you can watch the slightly condescending James Fox blithering on about it at great length on BBC Four.

But the height of an age always prefigures its demise.

So relax all you disconsolate copywriters and relax Mr Paul Burke (a great radio writer by the way) because it is just possible that we may be about to enter a NEW AGE OF THE SPOKEN WORD.

Listen to Audible, consider the rise of the Audio Book, look at the massive kudos given to people like George The Poet and Kate Tempest, think of the great outpouring of love for Michael Rosen as he recovers from Covid-19 and you’ll see that good writing hasn’t gone away it is just moving into new categories and new forms.

Besides, I have always felt that, if you step away from that great Panjandrum “THE IDEA’, the best copywriting has always acted in the service of the image.

It was ever thus: my dear, dead father who was a talented salesman, would often quote that hoary old saw (hoary even in his days) that “an ounce of show is worth a pound of tell” and, as far as I can see, nothing has changed since he was flogging fountain pens, pharmaceuticals and golf-clubs in the Sixties and Seventies – or indeed since anyone first tried to flog anything to anyone on the wind-swept plains of Babylon or in the Agora of Sparta.

When Lord McKelvey brought news of the D&AD’s decision to my attention I was immediately struck by the tsunami-like hissy-fit of lamentation and hand-wringing that the announcement provoked in the Twittersphere. Copywriters were falling over each other to bewail the very ‘Death Of Copywriting’ that this column is here to celebrate. After all, these are the same copywriters who give you ‘FUTURE-PROOF YOUR NOW’, ‘ACTUALIZE TOMORROW TODAY’, ‘SEE CAR, BUY CAR’ and the like (all actual examples).

Perhaps copywriters should stop lamenting their declining status and start getting their hands dirty – after all, since planners became ubiquitous, they have effectively stopped thinking about positioning and brand and just fiddled around with words (see above).

Now as someone who takes pleasure from fiddling around with words, I don’t mean to be harsh on my fellow scribblers, but really, for goodness’s sake, why worry about an award that you might only have won had you a brilliant designer or art director at your side – and start worrying about how you are going to make a living.

I suggest you start by writing some excellent headlines, followed by some compelling body copy and round it all off with an irresistible call to action.

Oh and if there’s anyone out there looking for a copywriter, my rates are extremely reasonable and always negotiable. 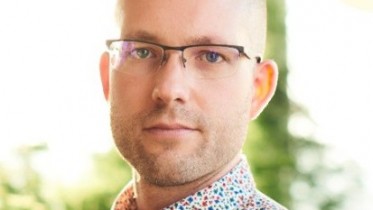