Legless in Skeggy, grizzly in Grimsby and skulled in Hull. Yep, welcome back to the Decision Marketing Bus Tour of Britain, which has been going at full throttle since the Lionesses roared to victory on Sunday.

As you my recall, last week we were heading off to Peggy and Meggy’s uncle’s pub, the Tipsy Cow, for a few liveners, which turned into a few more and then some.

Come 5pm Sunday we were still there, and the Tipsy Cow had been renamed the Slaughtered Sisters as we sang, danced, shouted and screamed our girls to victory.

Now, we like to think that it was us “wot won it” for the Lionesses but apparently it was all down to their bras.

You see, ahead of the Euros, breast biomechanics experts provided personalised bra prescriptions to all the England players to improve their comfort and ensure they were getting the right support. According to their latest data, the bras may have boosted the players’ athletic performances as well.

Professor Joanna Wakefield-Scurr of the University of Portsmouth, who led the project, told The Guardian: “Evidence suggests that sports bras have performance benefits, comfort benefits and health benefits, so I would say they’re just as important for exercising females as trainers.”

You can bet your bottom dollar that Nike bosses were cock-a-hoop when winning goal scorer Chloe Kelly ripped off her shirt and whirled it above her head as she sprinted across the pitch in celebration, exposing the Nike-branded brassiere.

Never mind Nike’s annoying “Never Settle, Never Done” ad campaign to support its sponsorship of the Euros, they say Chloe’s cha-chas will go down as one of the most iconic images in English sporting history.

In fact, what they missed was that down at the Slaughtered Sisters, we were all doing the same; although the sight of my esteemed bosses’ “moobs” was a bit too much for many.

Still, first thing in the morning, we were off again on our merry trip across Britain. In fact, we did Grimsby in a morning and Hull in an afternoon as we drank a Humber’s worth of local ales.

Now we’re heading towards “Dirty Leeds”, the 545th sexiest town in the UK out of 1551, according to the Lovehoney interactive map of Britain’s raunchiest places to live and visit.

We’re on a mission to push it up a few notches; don’t say you haven’t been warned…

Roxy and Foxy offer to help all ‘snooty agency types’

Foxy attempts to bring home the bacon for new venture

Fantastique, Busty gets in shape for her French venture 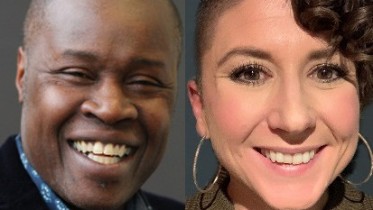 Top ten tips for charities to ramp up their donations

As we leave behind the difficult period of the Covid-19 pandemic, only to face fresh issues in the shape of…

Spooner on…creatives at risk of burn-out, my arse!

Is now the time to bring back prospect data pools?

Why ‘one tool to rule them all’ tops SEO chiefs’ wishlist 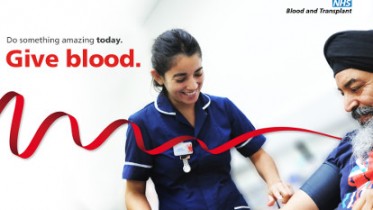 Brands in dock as war on deceptive cookies escalates