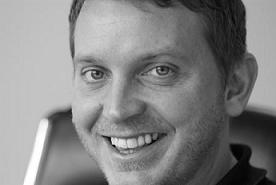 Stretton was drafted in by Proximity chief executive Mike Dodds in July, having remained friends since working together at BBH’s direct agency Limbo in the mid-Eighties.

However, contrary to industry speculation, Stretton was not brought in to help with the search for a successor, although his close relationship with Treacy will certainly smooth the handover between the two.

Treacy started his career as a freelance graphic designer in 1994, before joining Joshua in 1996. But he came to the fore when he switched to AIS London in 2000, where, along with creative partner Dan Colley, he won gongs for work on Seeboard Energy (now EDF), as well as Skoda, BMW and O2.

The pair quit in 2003 to join the launch team at Elvis, set up by MCBD, with Mark Leversedge and Martin Semmens. Colley left in 2006 and, after spells at J Walter Thompson, DDB and Rapp, is now freelancing.

Treacy will lead Proximity’s creative department of more than 40 people, with the four creative partners reporting into him. He will report directly to Dodds and sit on the Proximity global creative council. The creative team were told of his appointment late last night, while clients are being informed today.

Dodds said: “John is one of the most highly respected creative directors in the industry and is someone we have admired from afar for years, we’re thrilled that he’s joining the agency.”

Ryan had worked at Proximity since 1998, joining when it was still Barraclough Hall Woolston Gray, and was promoted to ECD in 2005. She joined Karmarama in June.

It is not known whether Elvis is planning to recruit a new ECD or move up someone from the creative department.

The day-to-day running of the business passed to former Craik Jones chief executive Fiona Scott – another former Limbo staffer – in February. She is supported by deputy managing director Tanya Brookfield.