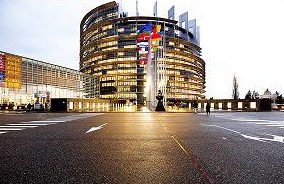 Brussels has moved a step closer to getting the proposed new data protection laws passed before May 2014, with MEPs heading up the reforms hailing a major breakthrough in negotiations.
MEPs had feared that the EU General Data Protection Regulation would run out of time, following intense lobbying and the resultant 4,000 proposed amendments.
But German Green MP Jan Albrecht has confirmed that all political parties have now reached a compromise with a vote in the next plenary session in Strasbourg due to rubber-stamp the proposals later today (Monday). Albrecht, who is confident of a “yes” vote, said: “I think it is a huge success, I really think we achieved something that many people doubted we would be able to achieve. It’s a win-win situation for European companies, for European citizens, for consumers of the digital market in Europe.”
Many of the original measures have now been watered down but some – including an increase in fines for the firms that break the rules from 2% to 5% of their yearly turnover – are more stringent.
It also includes the appointment of mandatory data protection officers, but this will hinge on the number of people whose data is processed, not the business size in terms of personnel. And some small firms will also be exempt.
The controversial “right to be forgotten” measure has been all but dropped and is now called the “right to erasure” which is already included in existing legislation.
However, some have accused Brussels of rushing through the new measures behind closed doors. Paris-based Internet campaign group La Quadrature du Net described the parliament’s tactic as an “obscure hijacking of the democratic debate”.
In a statement, it added: “The only objective of the negotiating team in this manoeuvre seems to be able to boast about this regulation being the best achievement ever reached in the field of data protection, even if that is yet far from the case and could even get worse.”

2 Comments on "New EU data laws ‘back on track’"