A Decision Marketing investigation has finally exposed why millions of consumers who sign up for the Telephone Preference Service continue to be bombarded by so-called nuisance calls, amid claims it is easier for rogues to get hold of the file than to buy a newspaper.
The DMA, which runs the service on licence, has always denied that opted-in consumers get more calls than those not on the file, despite a Which? study which confirms this is the case.
And while the Information Commissioner’s Office – which recently took over responsibility for the service – has stepped up its attack on rogue companies, it still has limited resources and only investigates companies following complaints. It has no power to clamp down on overseas businesses. Even the Government’s own figures claim there are over 1 billion nuisance calls a year.
But as part of our ongoing “Call for Action on the TPS” campaign – designed to get the regulator to review the 17-year-old service – Decision Marketing has discovered one of the main reasons is that the file fails to meet even the most basic data security standards, including:
– TPS does not – and has never – included any “seed” names, meaning there is no method in place to check if the file is being abused
– TPS licencees sell the file as a screening service, as part of a wider data-cleaning solution, meaning their clients can access the TPS remotely. While clients rarely see the whole file, there is nothing to stop unscrupulous firms from copying the data.
– A number of online services (including www.tpsservices.co.uk) are allowed to relicence the TPS, in breach of its terms and conditions, and charge over four times the amount of a one-time usage.
– It is alleged overseas firms are offering the file for sale to anyone with a credit card, without carrying out due diligence. The DMA can see who uploads it, but this is not a protection.
When asked whether there are any new plans to safeguard the use of the TPS file, by, for instance, adding in seeds, a DMA spokesman said: “There are no immediate plans to add seeds but we continually look for ways of safeguarding the files, including an ongoing review of our robust licence agreement which is signed in agreement before access is granted to anyone.”
The trade body also refutes the claim that licensees are allowed to sell the TPS file to third parties. The spokesman added: “A licensee is never allowed to sell the TPS or CTPS file. The licence agreement allows them to screen a third-party’s data against TPS/CTPS but never sell the file.”
Given the lack of security measures, it is perhaps not surprising to discover that the DMA has no evidence of abuse by third parties, however, it conceded: “It is not impossible for an unscrupulous outfit to misuse the data in breach of the robust licence agreement in place. We obviously carry out some due diligence and wouldn’t grant a licence to an organisation against whom we had concerns.”
One industry insider said: “It is quite clear that the DMA would not be aware of abuse because it has no data security measures (like seeding to monitor) for the TPS, so it’s a file that can be moved around without the DMA ever knowing of a breach. However, if a business has access to the TPS file and they are dialling TPS numbers outside of the 28 days, is this not a breach? Does the DMA not work with the ICO to potentially revoke this to protect TPS registered members of the public?”
Decision Marketing publishing editor Charlie McKelvey added: “Now that the ICO has taken over the TPS, surely it is time to tackle the issues that Ofcom never would and finally launch a full-scale review of the service. To have a file of this size without even the most basic security measures in place is unbelievable. It is obvious the file is wide open to abuse. If the ICO really is serious about tackling the scourge of nuisance calls, it needs to be more proactive and give the DMA a better chance of clamping down on abuse.” 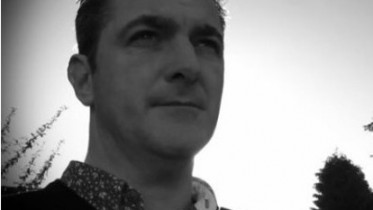 Machine learning and analytics are big business. Forbes has estimated that the market will be worth a staggering $21bn (£14.9bn)…