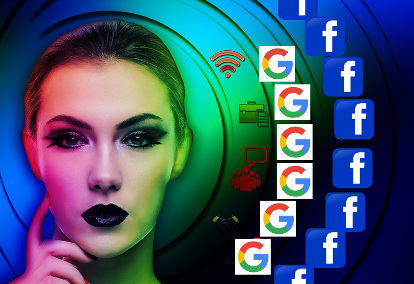 Google and Facebook are facing yet another investigation into their operations, with the European Commission launching a preliminary inquiry over whether their data practices comply with EU law.

So far this year, Google has been fined €1.49bn (£1.35bn) by Brussels for abusing its monopoly in online advertising, on top of the €4.3bn (£3.7bn) penalty issued last year relating to its Android mobile operating system and a €2.4bn (£2.1bn) fine for promoting its own shopping service over rivals. The company is appealing all three penalties.

Meanwhile, the Irish Data Protection Commission has a raft of investigations into Facebook over potential breaches of GDPR, including an imminent ruling on WhatsApp.

Both Google and Facebook are also the subject of antitrust investigations across more than 47 states in the US.

And, just for good measure, the UK Competition & Markets Authority launched a probe in July which will examine concerns about how the online networks are using people’s personal data. The regulator is also investigating whether there has been any abuse of power by the duopoly.

In response to the latest probe, a Commission spokesperson said: “The Commission has sent out questionnaires as part of a preliminary investigation into Google’s and Facebook’s data practices. These investigations concern the way data is gathered, processed, used and monetised, including for advertising purposes.”

The move comes as the EU’s competition commissioner, Margrethe Vestager, who has been a thorn in the side of US tech giants for years, takes on the additional role of vice president for digital affairs.

In her new joint role, Vestager has been briefed with overseeing digital policy, improving cyber security, managing data laws, regulating competition, capitalising on the rise of AI and protecting the EU’s technological sovereignty.

ICO ‘cosies up’ to industry in bid to tackle adtech issue

Programmatic turns snail mail to smart mail in a shot