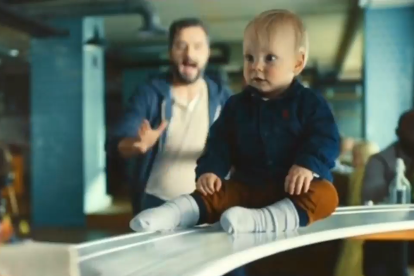 The Advertising Standards Authority has been accused of being heavy handed in its implementation of the new rules on gender stereotypes, after the IPA expressed its “concern” and “surprise” over the regulator’s decision to outlaw ads by Volkswagen and Mondelez UK brand Philadelphia for “harmful” imagery.
The TV ad for the VW eGolf opened with a shot of a woman and a man in a tent. The woman was asleep and the man switched off the light and closed the tent, which was shown to be fixed to a sheer cliff face.
The following scene depicted two male astronauts floating in a space ship. Text stated “When we learn to adapt”. The next scene showed a male para-athlete with a prosthetic leg doing the long jump. Text stated “we can achieve anything”.
The final scene showed a woman sitting on a bench next to a pram. A VW eGolf passed by quietly. The woman was shown looking up from her book. Text stated “The Golf is electric. The 100% electric eGolf”.
Three complainants, who believed that the ad perpetuated harmful gender stereotypes by showing men engaged in adventurous activities in contrast to a woman in a care-giving role, challenged whether it breached the code.
In response, VW insisted the “core message” of the ad was centred on the “ability of the human spirit to adapt to challenges and change”. As a result, the car company did not believe that a climber, astronaut, or athlete competing in a Paralympic sport were gender stereotypical roles.
However, the ASA was having none of it. In its ruling it said: “While the majority of the ad was focused on a theme of adapting to difficult circumstances and achievement, the final scene showed a woman sitting on a bench and reading, with a pram by her side.

“We acknowledged that becoming a parent was a life changing experience that required significant adaptation, but taking care of children was a role that was stereotypically associated with women.”
As a result, the ASA warned the car giant to ensure its advertising “did not present gender stereotypes in a way that was likely to cause harm, including by directly contrasting male and female roles and characteristics in a way that implied they were uniquely associated with one gender”.
Meanwhile, the Philadelphia ad showed two men caring for newborn babies in a restaurant, which had a moving conveyor belt from which diners could pick what they wanted to eat. The first man, who was carrying his baby, turned to the other, whose baby was in a car seat, and said: “New dad, too?” and the second man nodded.
As the dads chatted, both babies were seen going round the conveyor belt as the men had been distracted by selecting and eating their lunch. The first man then noticed his baby had gone around the conveyor belt, said “errr” and “argh!”, and moved across the room to pick the baby up. The second man picked the baby in the car seat off the conveyor belt, and one of the men said “Let’s not tell mum”.
A whopping 128 people, who believed the ad perpetuated a harmful stereotype by suggesting that men were incapable of caring for children and would place them at risk as a result of their incompetence, challenged the ASA to investigate whether the ad was in breach of the code.
In response, Mondelez UK said the ad was intended to show a “humorous” situation in which parents found the cheese so delicious that they got momentarily distracted from looking after their children.
The firm believed the gender roles suggested in the ad could easily be reversed and therefore did not perpetuate a harmful stereotype. The company also stated that it deliberately chose to feature two fathers to avoid the typical stereotype of two mothers with childcare duties.
However, while the ASA acknowledged Mondelez UK’s intentions to present a “light-hearted” and “comical” situation, it ruled that the men were “portrayed as somewhat hapless and inattentive, which resulted in them being unable to care for the children effectively”.
It added: “In combination with the opening scene in which one of the babies was handed over by the mother to the father, and the final scene in which one of the fathers said ‘Let’s not tell mum’, we considered the ad relied on the stereotype that men were unable to care for children as well as women.”
In conclusion, it ruled that the ad “perpetuated a harmful stereotype, namely that men were ineffective at childcare, and was in breach of the code” and warned the company to ensure future advertising does not perpetuate harmful gender stereotypes.
IPA director of legal and public affairs Richard Lindsay said: “The rulings are surprising and concerning and we question how either can really be considered likely to cause harm, or serious or widespread offence.
“The IPA welcomed the introduction of the new rule, but we stressed the importance of ensuring that its implementation, along with the accompanying guidance, avoided unintended, damaging consequences, such as the stifling of creativity or the creation of new stereotypes. These rulings raise many questions and are bound to cause confusion in the industry over whether, and if so, how, ads are able to feature people going about their daily lives.
“The ASA itself acknowledges in its report, “Depictions, Perceptions and Harm”, that most ads aren’t problematic. The introduction of the new rule and guidance – or the ASA’s interpretation of them – may be likely to cause more harm than good. We will be raising our concerns the ASA on this issue.”
One agency chief added: “I am afraid this is just further evidence that the world has gone mad. Advertising is bland enough already, if we can’t use humour around gender roles, it is likely to get even more boring. Of course, attitudes are changing, but this just seems to be way too Draconian. It really is using a sledgehammer to crack a nut.”

‘If you’ve got it, flaunt it’ cosmetic surgery ad gets snip 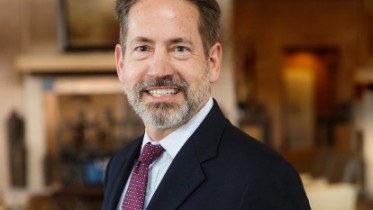