Few would argue that door-drops are the glitzy end of the advertising industry; we’re more likely to go to Cannes for a holiday, than pick up a grand prix at the International Festival of Creativity. But one thing’s certain, unlike some tactical campaigns which walk away with a fistful of awards, door-drops work on many levels.
Don’t just take my word for it, either. The recent European Letterbox Marketing Association study shows the door-drop market is giving other media more than a run for their money, witnessing a 4.3% rise in revenue to €3.9bn.
And while the door-drop industry hasn’t been particularly good at marketing itself in recent years, it’s undoubtedly gaining cut-through where it matters. In Germany, for instance, where data protection laws are so strict that many forms of cold marketing are rendered impossible – and outbound telemarketing is actually outlawed – the report shows volumes increased by 600 million, with 20.6 billion door-drops delivered in Germany in total.
That’s equivalent to about 13 per week, compared to the UK at five per week – and just one of the reasons I believe this to be an underutilised and undervalued channel in the UK.
In fact it was only through some intense lobbying by TNT Post that door-drops were accepted onto the TGI survey a few years back, so now there’s half a chance media planners might actually stumble upon us. Similarly, they’ve been entirely absent from the AA/Warc surveys of UK advertising. It was announced recently that £17.2bn was spent on advertising in the UK in 2012, but this excludes the £266m spent on door-drops (source: DMA 2012).
Door-drop is an advertising channel bigger than cinema and yet it is not being counted. Happily this is being addressed by the DMA in an initiative being led by Royal Mail and we’re to start supplying quarterly figures so that going forward we’re at least on the map. We are also sharing our customer case histories for WARC and Print Power, so a wide range of compelling campaign stories can now be accessed easily online.
However, standing up and being counted is only part of the story. The outcome all marketers want is increased awareness and, ultimately, sales.
And consumers, by and large, are still very happy to engage with what comes through their letterbox. Of course, they would laugh at the whole offline/online debate because they’re more integrated than most marketers could ever aspire to be, moving seamlessly from channel to channel.
The customer journey has become more complex than ever, and advertisers need to keep as many options open to themselves as possible.
Here’s one scenario. A consumer receives a door-drop for a furniture retailer. They see a bed they like the look of so they go online to do some research and check out the prices. Being a bed, they want to lie on it before they buy so they go offline again and go to a store to experience the product first hand. 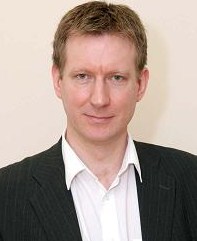 Now they might just complete the purchase there and then. But it could be a really busy Saturday afternoon, the queues are horrendous, the salesman is not up to scratch and the kids are playing up, so they head home and go back online to complete the purchase. Offline to online to offline to online again.
And all other permutations are equally plausible. So how do you track that sale back to the door drop? Actually that part is straightforward, the postcode is the common thread that runs through the targeting, the delivery and out again to the evaluation.
But these are simply some of the reasons why I believe door-drops are only just beginning to get recognised for what they are: a genuine, stand-up advertising channel that adds a lot to the integrated marketing mix, has unrivalled reach and impact on consumers and delivers long-term results in spades. What other marketing medium could say that?