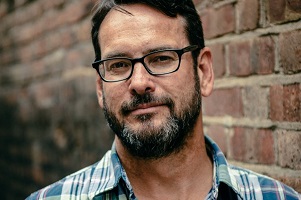 Indicia has drafted in Karmarama creative partner Andy Barwood to succeed creative director Ian Bates, who quit the agency late last year after nearly 10 years in the role.
Barwood will sit on the Indicia board, reporting to chief strategy officer Julie Atherton and work on clients such as Glenmorangie, Tourism Ireland, Nissan, JD Wetherspoon and Very.co.uk.
He started his career at Lintas in 1990, in his native South Africa, before spells at DMB&B and Ogilvy & Mather in Cape Town.
In 1994, Barwood moved to the UK, taking up the job of head of art at Carlson, where he stayed for two years. He then had a ten-year spell as creative director at Tullo Marshall Warren.
Barwood joined Crayon in June 2006 as creative partner and, during his tenure, the agency first merged with Hicklin Slade in 2009 and was then bought by Kamarama in 2011.
He said: “Indicia is an agency that is leading the way in customer engagement. In my opinion, it is essential to blur the lines of strategic thinking, technology, and creative ideas, with behavioural patterns and attitudes, when developing marketing collateral to influence the decision making process of consumers.
“As such, joining Indicia feels like the perfect fit for me and I look forward to bolstering the agency’s credentials this year.”
Bates left Indicia – where he had been for 13 years, including nine at its predecessor Entire – in December 2013 to join Creston-owned The Real Adventure as board creative director.