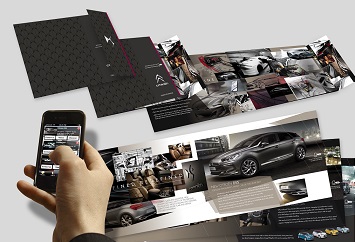 With many consumers suffering digital overload, a new study has confirmed what many people in the direct marketing industry have been thinking: 2016 will be the year when the direct mail revival gathers pace.
The report carried out by data specialists Wilmington Millennium, shows that almost half of consumers (48%) now think that direct mail is a good way for a business to connect with them; an increase of 7% since 2014.
It also found that 44% of consumers ranked direct mail and door-drops as their preferred form of direct marketing, overtaking email on 42%. Pop ups received the lowest seal of approval, being the preferred medium for only 2.7% of people.
Despite continued media criticism, the improvement of consumer perception is thought to be as a result of more responsible direct marketing practices reducing the number of wrongly addressed mailings and tighter targeting resulting in more relevant offers being sent.
However, despite this, consumers remained vocal about the sectors they believe could improve both their targeting and creativity.
Financial services were considered to be the worst offenders at sending irrelevant offers or wrongly addressed mailings (30%) and unsurprisingly, given the recent bad press, this was followed by charities on 28%. Utilities were the third most complained about sector (24%). Estate agents and local councils also came under fire, particularly in terms of irrelevant door drops.
The travel (6%) and retail (11%) sectors respectively have the best reputation among consumers in terms of effective use of direct mail as a marketing channel.
Karen Pritchard, product director of Mortascreen, a Wilmington Millennium company, said: “2015 was a bumper year for the direct mail industry as mail volumes were on the rise and spend also increased, making direct mail one of the UK’s largest media channels.
“There was a danger that increased volume would result in increased consumer disgruntlement, but it seems that the industry is practising more responsible marketing meaning that perception of the channel is getting better. With volume expected to continue along the growth trajectory, this adds up to 2016 being another positive year for direct mailers; data issues not withstanding.”

£100m pro-Brexit ad blitz ‘could be huge for DM firms’