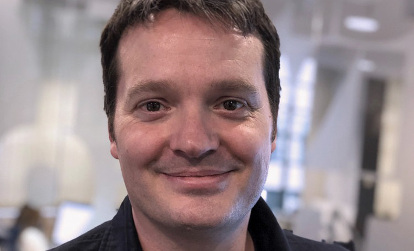 Fletcher joins from McCann Demand, where he had been managing partner for creative for the past year. Prior to that he was group creative director at Publicis UK, where he worked alongside Gyro president Emma Rush, who has been at Gyro since November last year.

He also had spells at TBWA London and Golley Slater, and spent nearly eight years at Proximity London, ultimately as creative brand guardian. Rush was also at Proximity during that time.

At Gyro, he will act as the creative lead for all clients across both London and Manchester offices, including Jones Lang Lasalle, Square, Santander and Fujitsu. He will report directly to Rush.

She said: “Jason has a deep understanding of effective and innovative B2B marketing and has won many awards in this area. He will play a key role in evolving our creativity, and working with our new chief strategy officer Simon Calvert to grow our full-service B2B capabilities, blending creativity with data and tech. Having worked with him before, I am delighted that he is joining us.”

Fletcher added: “It has never been more important to develop innovative, effective B2B campaigns with clients. With data, strategy, creative, tech and media all together, Gyro UK is perfectly placed to do this at the pace the current landscape requires.

“I’m really looking forward to working with the whole team and augmenting the existing talent and culture. The opportunity to reunite with Emma and to work alongside Simon makes this a really exciting opportunity.”

Curzon was only appointed in February from Saatchi & Saatchi Pro. He succeeded Dave Harris, who left after four years and now works at Deloitte.

Lucky Generals shakes it up to attract a different class